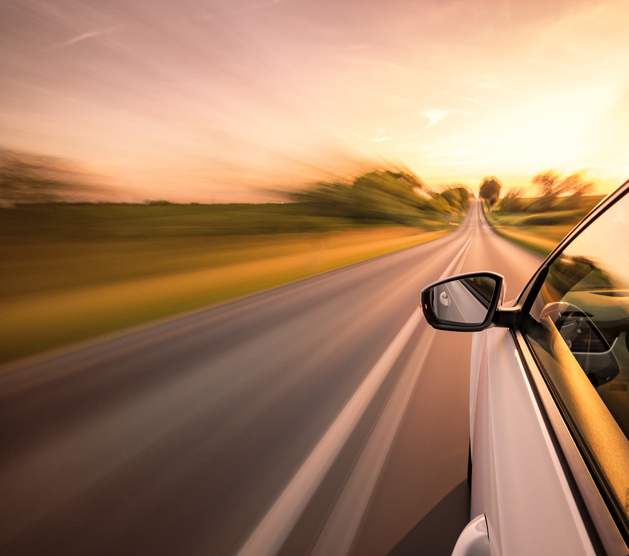 Is driving faster in Orlando actually less dangerous? Officials at the Central Florida Expressway Authority think so. They have raised the speed limit along State Route 408 from 55 mph to 60 mph to improve safety. But does their plan make any sense?

If you traveled along State Route 408 in the Orlando area recently, you may have seen work crews placing new 60 mph signs over old 55 mph signs. The Central Florida Expressway Authority, after adding lanes, revamping interchanges, and installing high-speed toll plazas, has followed through on its plan to increase the speed limit, but it cites an unusual reason – to reduce accidents.

The 55-mph limit had been in effect on State Route 408, the region’s main east-west transportation route, for 50 years. In the Orlando area, the toll road covers a 12-mile stretch from Kirkman Road west of the city to Chickasaw Trail on the east.

The problem, expressway authority officials say, is that about 85% of motorists along those dozen miles were driving far faster than the old speed limit, from 66 mph to 78 mph. Only about 15% of drivers were obeying the 55 mph speed limit.

Officials say the mix of speeders and non-speeders is dangerous. They say the conditions lead to rear-end collisions while encouraging unsafe, high-speed lane changes and lane surfing. Raising the limit, they say, will help to even out the difference in speeds among vehicles and promote a safer driving experience for everyone on the road.

Is raising the speed limit, which would seem to run counter to common sense, the answer? An analysis by Consumer Reports raises serious doubts about the rationale.

The magazine looked at data from the Insurance Institute for Highway Safety. Researchers examined 25 years of information about highway speeds and fatalities. They found an increase of 5 mph in a highway speed limit leads to 8.5% more fatalities. Those deaths occurred despite major improvements in vehicle safety systems, such as automatic emergency braking, over the same time period.

Human psychology also plays a factor. People who are already speeding may think it's ok to drive even faster when the speed limit is increased. That 85% of people driving 66-78 mph in a 55 zone might react to a 60 mph limit by driving 71-83 mph. The 15% obeying the speed limit will probably continue to do so at 60 mph, resulting in the same problems associated with traffic moving at different rates.

Protecting yourself against speeders

If you were seriously injured or a loved one died in a highway accident involving speeding or some other form of negligence, you have the right to seek financial compensation for your losses under Florida law. The trouble is your accident-related expenses have the potential to become a serious threat to the insurance company's bottom line. That's why it's common for insurance adjusters, who realize you might be desperate for money, to lure you into accepting a settlement offer that is far less than what you need or deserve for your damages.

Don't let the insurance company play games with your health, finances, or your future. Insurance adjusters like to throw all sorts of obstacles at crash victims in hopes of making them give in to an unfair settlement offer, or in some cases, no money at all. That's why you need an experienced car accident lawyer to protect your rights, advocate for your best interests, and fight for the compensation you deserve.

At Armando Injury Law, we have extensive experience representing crash victims in Tampa and all throughout Florida. Attorney Armando Edmiston knows insurance companies can be greedy, but he also knows how to make them pay.

Let our legal team treat you with dignity and respect while we pursue justice and fair financial compensation for your damages. Find out how an experienced car accident lawyer in Tampa can help with your injury claim and contact us today to set up a free consultation.