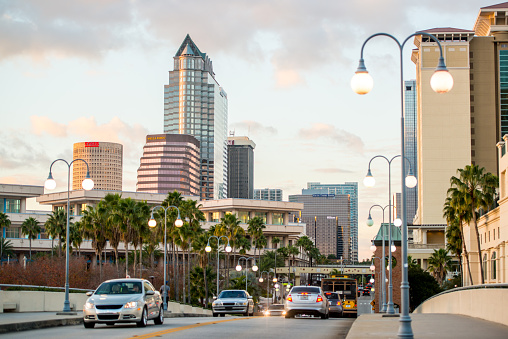 If car accidents seem common in Tampa, Florida, it’s not just your imagination. The city was recently ranked the 4th worst in the country for motor vehicle accidents. And the city’s drivers have the dubious distinction of being ranked the 31st worst drivers in the country, according to News Channel 8 in Tampa.

Quote Wizard conducted a nationwide study of the 70 largest cities in the country. The study then determined which cities have the worst drivers based on four factors – the number of motor vehicle accidents, the number of speeding tickets issued in each city, the number of driving under the influence (DUI) arrests, and the number of traffic citations issued for running a red light, using a cellphone while driving, and other motor vehicle violations.

Tampa drivers were ranked the 31st worst overall. (The absolute worst drivers, according to the study, can be found in Omaha, Nebraska.) Tampa had the 4th most accidents of any city, along with ranking 37th for DUI arrests, 46th for speeding tickets, and 44th for traffic citations issued.

Serious car accidents in Florida have increasingly become a problem in recent years, but last year was the worst year in 14 years. Even though there were fewer drivers on the road in 2020 due to the pandemic, there were 3,344 motor vehicle fatalities statewide, according to the Florida Department of Highway Safety and Motor Vehicles (FLHSMV). That’s the most motor vehicle fatalities in a single year since 2006 when 3,365 people died in car accidents in Florida.

Driver negligence is a big problem

While many factors play a role in motor vehicle accidents in Tampa, drunk driving and speeding continue to be a problem and a common cause of car accidents. Speeding played a role in 12.8% of motor vehicle fatalities in Hillsborough County in 2019. As for drinking and driving, 27% of fatalities were caused by drivers with a blood alcohol concentration (BAC) of 0.08% or higher, according to the NHTSA.

Other common causes of collisions in the greater Tampa area include:

Whatever the cause of your collision, make sure you fully understand your legal rights and options if someone else is to blame. Talk to an experienced attorney as soon as possible after your crash.

a car accident lawyer can help you pursue maximum compensation

At Armando Personal Injury Law, we have years of experience fighting for crash victims in Tampa and Hillsborough County.  We have an in-depth understanding of the local, state, and federal laws that might apply to your case. We also know how to negotiate effectively with insurance companies and aggressively advocate for your best interests.

Let us fight for every dollar you deserve. Learn more about how we can help you and contact us today for a free consultation. Our office is located on East 5th Avenue in Tampa, and we would be honored to speak with you about your potential legal case.